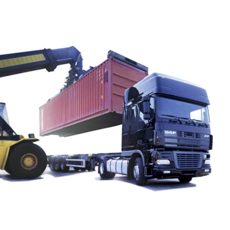 One of the most common modifications of medium and heavy trucks. It is usually created on the basis of already existing conventional trucks by means of partial changes, or rather simplification of the project. The frame is significantly shorter compared to a conventional truck and the bodywork is replaced with a fifth wheel coupling.